On this Pearl Harbor Day, December 7th, we remember a member of our FUMA Family who was integrally involved in the horrific events of that fateful day on the island of Oahu in Hawaii 81 years ago today. In the late 1950s, Rear Admiral Samuel G. Fuqua was a mathematics instructor at Fork Union Military […]...
Continue reading 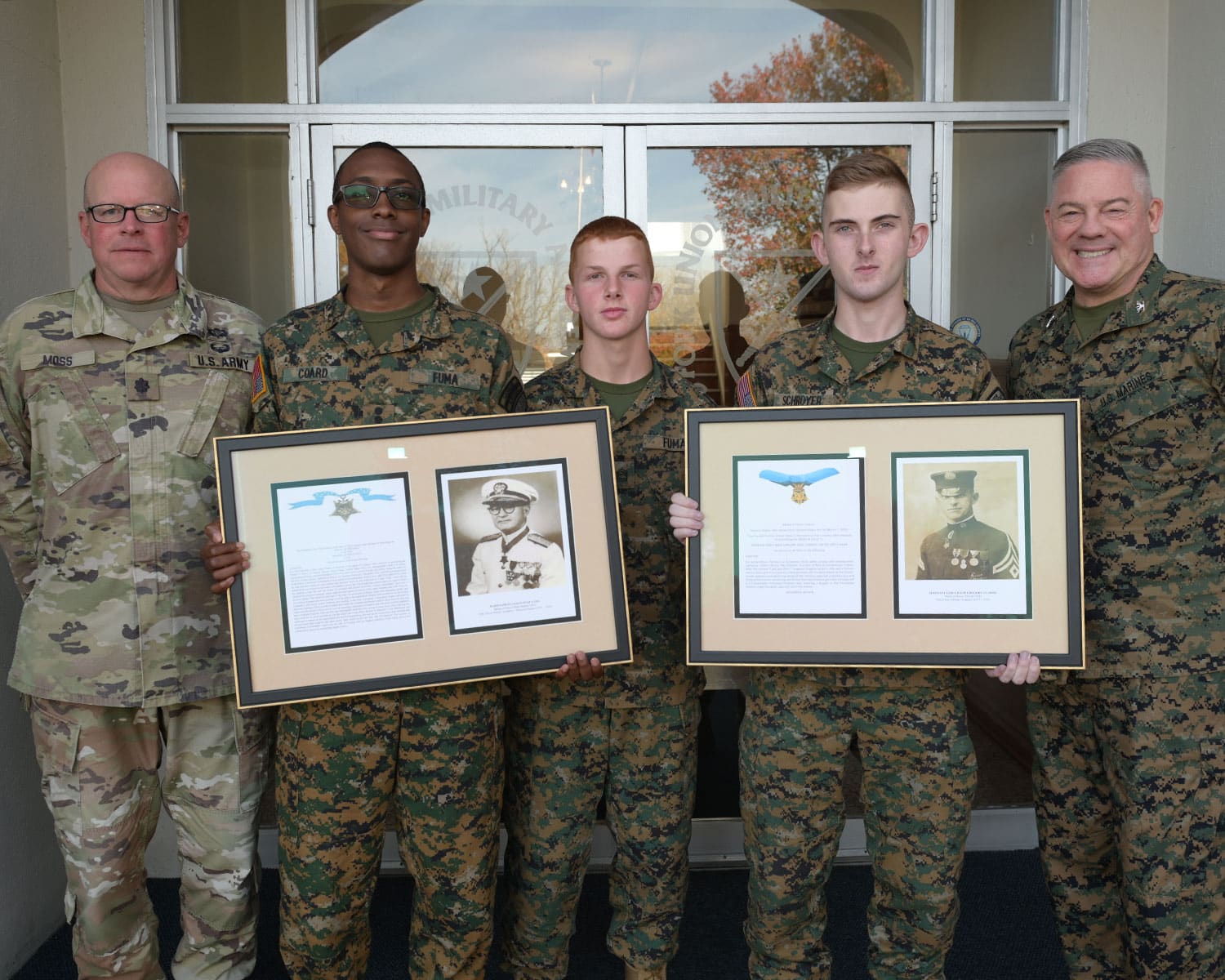 On this Pearl Harbor Day, December 7th, we remember a member of our FUMA Family who was integrally involved in the horrific events of that fateful day on the island of Oahu in Hawaii 81 years ago today.

In the late 1950s, Rear Admiral Samuel G. Fuqua was a mathematics instructor at Fork Union Military Academy, having chosen the Academy as the place he wanted to serve upon his retirement from the United States Navy. In 1941, however, Fuqua was a young Lieutenant Commander serving aboard the battleship USS Arizona on a quiet Sunday morning at anchor in Pearl Harbor.

That restful morning was suddenly and frighteningly ruptured by the bombs of a sneak attack on the U.S. fleet by the Imperial Japanese Navy Air Service. In those next few moments, Fuqua would demonstrate the distinguished conduct in action, outstanding heroism, and utter disregard of his own safety above and beyond the call of duty that would earn him the Medal of Honor and a place in our history books. The citation on his award continues:

Upon the commencement of the attack, Lt. Comdr. Fuqua rushed to the quarterdeck of the U.S.S. Arizona, to which he was attached, where he was stunned and knocked down by the explosion of a large bomb which hit the quarterdeck, penetrated several decks, and started a severe fire. Upon regaining consciousness, he began to direct the fighting of the fire and the rescue of the wounded and injured personnel. Almost immediately there was a tremendous explosion forward, which made the ship appear to rise out of the water, shudder, and settle down by the bow rapidly. The whole forward part of the ship was enveloped in flames which were spreading rapidly, and wounded and burned men were pouring out of the ship to the quarterdeck. Despite these conditions, his harrowing experience, and severe enemy bombing and strafing at the time, Lt. Comdr. Fuqua continued to direct the fighting of the fires in order to check them while the wounded and burned could be taken from the ship, and supervised the rescue of these men in such an amazingly calm and cool manner and with such excellent judgment that it inspired everyone who saw him and undoubtedly resulted in the saving of many lives. After realizing the ship could not be saved and that he was the senior surviving officer aboard, he directed it to be abandoned, but continued to remain on the quarterdeck and directed abandoning ship and rescue of personnel until satisfied that all personnel that could be had been saved, after which he left his ship with the boatload. The conduct of Lt. Comdr. Fuqua was not only in keeping with the highest traditions of the Naval Service but characterizes him as an outstanding leader of men.

In 1958, while serving as an instructor at Fork Union Military Academy, Rear Admiral Fuqua was asked to participate in a special broadcast of the popular Ralph Edwards television show, This is Your Life. You can view this show episode at https://archive.org/details/this_is_your_life_samuel_g_fuqua

The show was said to honor not just Samuel Fuqua, but all of the 1,102 sailors and officers who gave their lives in service on that fateful December 7th, 1941. The real purpose of this show appearance was to start a fundraising campaign to raise money to creat the permanent USS Arizona memorial that now stands at Pearl Harbor.

Ralph Edwards discussed that important fundraising effort and the role this show played in kickstarting that campaign during an interview done for the Television Foundation. You can see a clip of that interview here:

Admiral Fuqua's appearance on the television show helped raise the first $95,000 to go towards the memorial, raised one dollar at a time as the show's viewers mailed their dollar bills in to the address advertised on the show.

There was still more money to raise to complete the memorial, but fundraising stalled in the months following the show's broadcast. The singer Elvis Presley stepped forward to help out and a concert by Elvis held in Hawaii helped raise more money towards the $500,000 goal.

Next, the Revell toy manufacturer stepped up to donate the proceeds from the sale of their USS Arizona model to help complete the fundraising.

Ultimately, the funds needed were raised and the memorial was built and dedicated in 1962.

Samuel G. Fuqua was born October 15, 1899 in Laddonia, Missouri and saw service in the US Army during World War I. He then entered the US Naval Academy and was commissioned as a naval officer upon his graduation.

Rear Admiral Fuqua died in 1987 and is buried in the National Cemetery at Arlington.

Today in Laddonia, Missouri, his birthplace, a portion of Highway 19 is to be renamed in honor of RADM Fuqua.